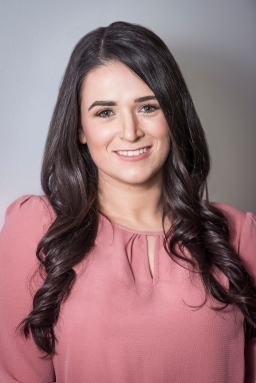 Claire has performed in a variety of productions around Melbourne. Highlights of these include: Oliver! (Nancy), ‘Shout! The Legend of the Wild One’ (Marianne), ‘The Addams Family’ (Wednesday), ‘Grease’ (Marty), ‘Gypsy’ (June), ‘The Wedding Singer’ (Holly), and ‘A Funny Thing Happened on the Way to the Forum’ (Philia).

Claire has also dabbled in the cabaret scene, self-producing and performing in her own cabaret show ‘The Secret Life of A Secretary’ which had two successful seasons at The Butterfly Club.

In addition to performing on stage, Claire has also appeared on the television series ‘Neighbours’, ‘House Husbands’ and ‘Upper Middle Bogan’. Claire was also featured in Make Poverty History’s ‘Call Your MP’ Campaign.

Claire completed the Foundation Program: Music Theatre at the Victorian Collge of the Arts in 2007 and graduated with a Bachelor of Arts from Monash University in 2016.

Claire teaches Singing to students of all ages at her Cheltenham studio. Claire has had students receive roles in school and amateur musicals, several of which have been recognised with nominations for Youth Lyrebird awards and Music Theatre Guild of Victoria awards. Claire has launched the Singing With Claire YouTube Channel to provide online resources for her students.

In 2013, Claire had three students receive callbacks for ‘The Voice Kids.’ One of Claire’s students received a choral scholarship for the prestigious secondary college Firbank Grammar in Brighton. Claire is able to prepare students for auditions, AMEB exams and VCE Music Performance.

Claire also runs beauty, lifestyle and entertainment page Ms This n That Blog. Follow this blog if you want to be in the know about a little bit of everything!

Claire has also had her writing published on the Mamamia Women’s Network.